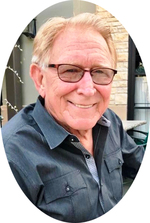 Donald was a graduate of Newport High School, and proudly served his country in the United States Army during the Vietnam War. Upon his return home, Donald was employed by Arkansas Weights and Measures, and as a home builder in the North Little Rock area for a time. Most recently, he had worked in automotive parts sales. Mr. Jackson was a Mason, and a member of a Corvette Club and Jeep Club. He enjoyed all things involving vehicles, and loved to restore and refurbish cars. Donald also enjoyed the great outdoors; he liked to fish, play golf, and duck hunt. He liked attending concerts, dancing, going to horse races and casinos, cracking jokes, and attending his grandchildren’s sporting events. Mr. Jackson was a member of Valley Creek Church in Denton.

Mr. Jackson was preceded in death by his parents, Harrison and Helen Jackson; and a brother, Mickey Dee Jackson.

Funeral services will be conducted at 2:00 p.m. on Wednesday, August 28, 2019, at Jackson’s Funeral Home in Newport, Arkansas with Brother Billy Chambers officiating. Friends may visit at the funeral home from 1:00 p.m. to service time. Committal services will be announced at a later date.

Arrangements are entrusted to Thompson-Wilson Funeral Home of Wynne, Arkansas.