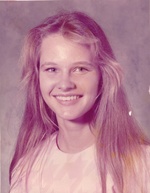 Leah Beth Oldman, 61, of Bay, Arkansas departed this life Tuesday, August 13, 2019 at NEA Baptist in Jonesboro. She was born June 27, 1958 in Tyronza, Arkansas the daughter of W Z and Mary (Morgan) Johnson. Leah married Johnny Oldman on December 17, 1994 and they have enjoyed twenty-four years of marriage together. Leah was preceded in death by two sons: Timothy Johnson and Chris Tacker. Leah was of the Pentecostal faith, a homemaker, and enjoyed spending time with her family especially her grandchildren. She is survived by: her mother, Mary Johnson of Jonesboro, husband, Johnny Oldman of the home in Bay, two sons: Jeremy Tacker of Paragould, Arkansas and Michael Johnson of Jonesboro, Arkansas, two step-sons: Mark Oldman of Bay, Arkansas and Johnny Oldman JR. of Trumann, Arkansas, two daughters: Brandy Gerdes of Jonesboro, Arkansas and Jennifer Tacker of Bay, Arkansas, and 13 grandchildren: Airianna, Logan, Matthew, Johnna, Cody, Savannah, Molly, Grayson, Haven, Keegan, Lane, Levi, and Brett Tyler. Funeral services will be at 2:00 P. M. Saturday, August 17, 2019 at Jackson’s Harrisburg Funeral Home with visitation Friday from 6:00~8:00 P. M. Interment will be in Holly Springs Cemetery in Harrisburg. Arrangements were by Jackson’s Funeral Home.