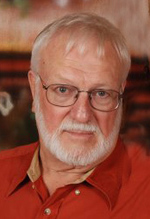 Mr. Simmons loved to work, and always had a plan to move forward. He was known as the Snap-On Tool man for 20 years before becoming the Spice Man the past 14 years. While running his Snap-On Tool route, he would drop off his special mixtures of spices to his customers. With the help of those customers, the What’s This!!! Spice Company was born.

Mr. Simmons was a member of the Holden Avenue Church of Christ.

He was preceded in death by his parents.

The Simmons Family request memorials be made to The Bioartificial Kidney Project at https://pharm.ucsf.edu/kidney or a charity of your choice.