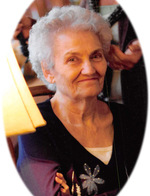 In Memory of
Fannie Lee
McDoniel
1931 - 2018
Click above to light a memorial candle.
Memorial Candle Tribute From
Jackson's Funeral Homes Inc.
"We are honored to provide this Book of Memories to the family."
View full message >>>
Send Flowers
Plant a Tree In Memory of Your Loved One
Click Here
Menu 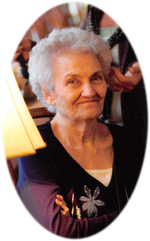 Mrs. Fannie Lee (Boultinghouse) McDoniel of Batesville, Arkansas, departed this life on Monday, November 26, 2018 at the age of 87. She was born January 7, 1931 in Newark, the daughter of Denver E. and Veda Medrith (Shipman) Boultinghouse.
On April 9, 1950, Miss Fannie Boultinghouse married Mr. Benjamin Edward McDoniel, and together they spent 56 years building a life and family together.
Mrs. McDoniel was a graduate of Newark High School, and attended Harding Academy, prior to becoming a cosmetology instructor at the Newport School of Beauty Culture. She enjoyed crocheting, but her greatest and most loved activity was running after her grandkids.
She was a longtime member of the Magness Church of Christ.
Mrs. McDoniel was preceded in death by her husband, Benjamin Edward McDoniel; three brothers, James Henry Boultinghouse, Bernerd D. Boultinghouse, and Charles Edward Boultinghouse.
She is survived by one son, Bernerd Edward McDoniel and wife, Roxanne, of Magness; two grandchildren, Laramie McDoniel and wife, Wendy, and Tiffany Cossey and husband, Doug; five great-grandchildren, Layton McDoniel, Katelyn McDoniel, Griffin Cossey, Kalyne Medley, and Caleb Cooper; and a lifetime of friends.
Friends may visit at the funeral home, Friday, 6:00-8:00 p.m. Funeral services are 2:00 p.m. Saturday at the Magness Church of Christ, with interment following in Blue Springs Cemetery.
Arrangements by Jackson’s Newark Funeral Home.