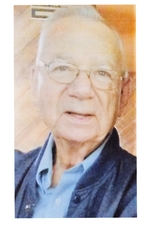 In 1943, he worked on a riverboat named, “The Greyhound”, traveling up and down the White River. Mr. Parker was a United States Army veteran, and worked on bearings for first Northless atomic submarine, and the first dyes that formed the plastic seals in Coke bottles. Mr. Parker began his working career at Halstead Copper Factory in Wynne, and was a machinist and maintenance supervisor for Ever, Norandal, and Capital Wire for 47 years.

He was preceded in death by his wife, Janie Mae (Roach)Parker; one son, Robert Parker; one brother, Henry Clay Parker; one sister, Tommie Marie England; and his parents.