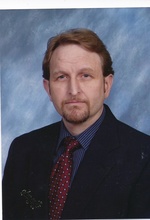 David “Dave” Jackson, 54, of Jonesboro, Arkansas departed this life Thursday, October 20, 2016 in Memphis, Tennessee. He was born in Helena, Arkansas on October 31, 1961 the son of Wayne and Norma (Houston) Jackson. He married Chris Osment on September 7, 1985 and they have enjoyed thirty-one years of marriage. Dave was serving his Lord at Central Community Church as Pastor of Family and Worship leader. He graduated from Helena High School in 1981 and graduated from Williams Baptist College in 1983 with an Associate Degree and then attended Arkansas State University. Dave has faithfully served in the ministry for thirty-three years. He has served in a large number of positions: children and youth pastor, minister of music, pastor of education, church education, pastoral care……and many more positions needed in the church. Dave enjoyed music, really enjoyed talking, Art, playing music and he could play several instruments. He enjoyed his church families and spending time with his own family. Dave was preceded in death by his father-in-law, Harold Osment. He is survived by his parents: Wayne and Norma Jackson of Holly Springs, Mississippi, his wife, Chris (Osment) Jackson and one son, Will Jackson both of the home in Jonesboro, two sisters: Louise and husband Dennis Davis of Bells, Tennessee and Diane and husband Barry Burk of Holly Springs, Mississippi, his mother-in-law Alice Osment, brother-in-law, Scott and wife Sasha Osment and several nieces and nephews. Visitation is 10:00~11:30 Saturday, October 22 at Central Community Church with funeral service at 12:00 noon. Bro. Allen Elkins will conduct the service. These men will serve as active pallbearers: Dustin Osment, Dillon Osment, Anthony Clancy, Tyler Clancy, Terry Osment, Jim Dunton. Honorary pallbearers are: Jason Osment and John Wells. Interment will be in Jonesboro Memorial Park. Arrangements by Jackson’s Harrisburg Funeral Home